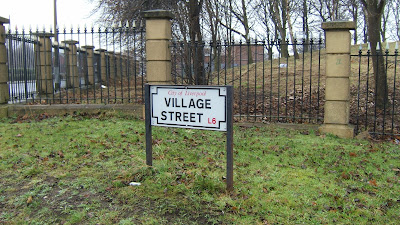 “-went to the woodlands after return to Everton and thence to the resounding shore”.

The question arose amongst the “drifters”: which route would De Quincey have taken from Everton to the shore on the banks of the River Mersey?” His route from Everton Terrace to the North Shore, Liverpool could have been achieved in an almost straight line back in 1803 across fields down to the river as Liverpool had no reached much further than Richmond Row ( See map below - click to enlarge). 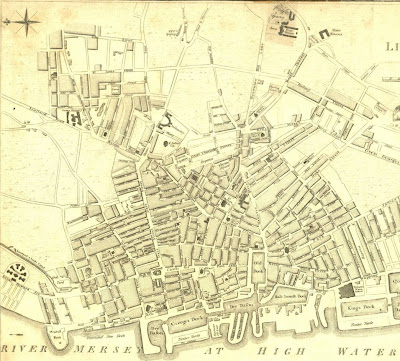 The only major obstacle on his potential route was the Leeds to Liverpool Canal, which could only be crossed at the bridge at Chisenhale Street. If he continued in a straight line then he would have reached the shore by Vandries House on the North Shore.

Our derive took a few hours following this route:

We reached the former North Shore at Vandries Street making our way along the former docks to Old Hall Street were we stopped outside the former Leeds and Liverpool Canal Offices - the only edifice beside the Lock Up in Everton which De Quincey would have recognised on our route.