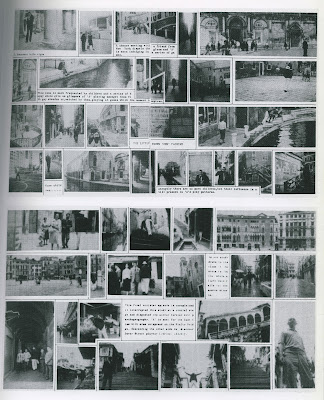 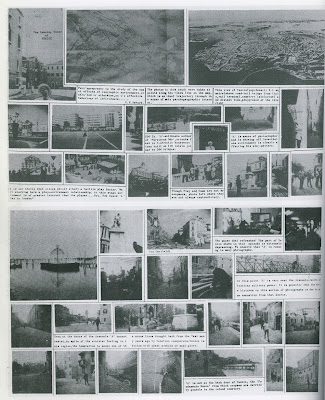 The hopeless condition of very large numbers of people -- experienced at the same time that the power of human society over nature had increased immensely -- appeared from then on in the culture of the innovators as an even-more acute contradiction between the affirmation of superior passionate possibilities and the reign of a certain kind of nihilism. In Thomas de Quincey, these tendencies were tempered by the recourse to classical humanism, which the artists and poets of the century that followed would subject to an even more radical demolition. Nevertheless, we must recognize in Thomas de Quincey -- that is, when he wandered in London, always vaguely in search of Ann and looking at "several thousand female faces in the hope of seeing hers," that is, between 1804 and 1812 -- an undeniable precursor to psychogeographical derives: "On Saturday evenings, I have had the custom, after taking my opium, of wandering quite far, without worrying about the route or the distance (...) ambitiously searching for my Northwest Passage, so as to avoid doubling anew all the capes and promontories that I had encountered in my first trip, I suddenly enter a labyrinth of alleys, some of them terrae incognitae, and I doubt that they are marked on the modern maps of London." Guy Debord 'Psychogeographical Venice' September 1957 Read full article here

Last Saturday, the above was partly responsible in inspiring a dérive searching for the spirit of De Quincey in Everton!
Posted by Keeping Soul Alive at 15:14