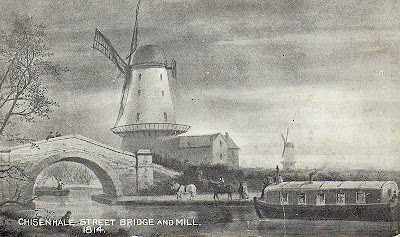 One of the principal aims of our first De Quincey dérive was to cross the site of the Leeds and Liverpool Canal using the former Chisenhale Street bridge. De Quincey would have had to use this route to cross the barrier to his walks from Everton to the North Shore in 1803. The route over the canal, as can be seen from the Herdman view above was still rural even in 1814, a pleasant almost rural lane in 1803 before the onset of industrialisation which consumed this area in the 19th and 20th Centuries. 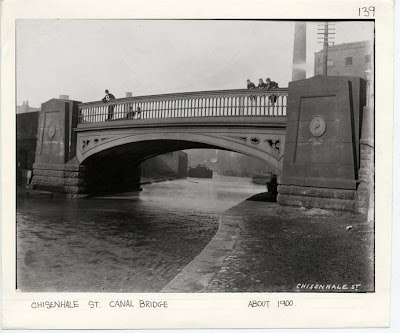 Originally the Leeds and Liverpool Canal stretched to the outskirts of Liverpool near to present day Old Hall Street as can be seen on the map below (Click on map to enlarge): 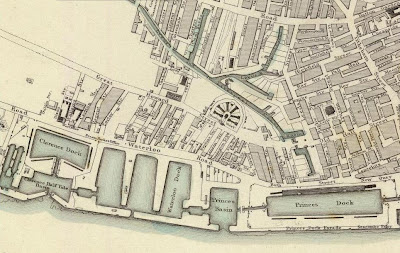 By the the 1960's the canal had been truncated at Pall Mall. In the 1960s the Pall Mall terminus basin was filled in up to Chisenhale Street Bridge (Bridge A). In the 1980s the Eldonian Village housing estate was built for the community which was disrupted by the building of the Mersey Tunnel and the demolition of the Tate and Lyle sugar refinery. This meant the canal was filled in between Chisenhale Street Bridge (Bridge A) and just north of Burlington Street Bridge (Bridge B). Below is a photo from our dérive showing what the crossing looks like now. The existing bridge is a later one to the original stone one used by De Quincey: 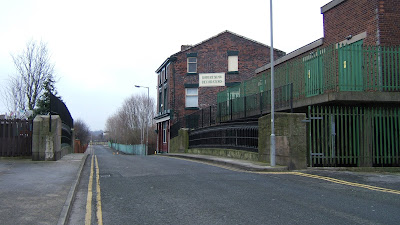 The street is currently a quiet one at the edge of the Eldonian Village in a hinterland between the 21st Century inner city and the outskirts. Below is a photo of Tate & Lyle's site developed from 1857 onwards, which once occupied the area north of Chisenhale Street bridge. Chisenhale Street can be seen in the bottom right-hand corner (click on photo to enlarge): 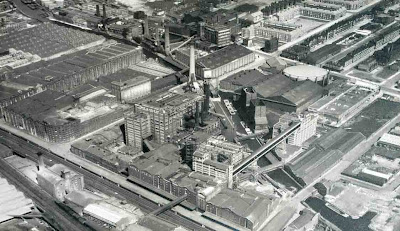 We intend to pursue further dérives in the area and I will return with more on the surrounding area of Vauxhall.
Posted by Keeping Soul Alive at 01:18