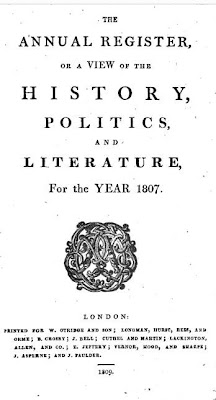 I came across an amusing item contained in the above publication while researching Chisenhale Street bridge. You can read the item below: 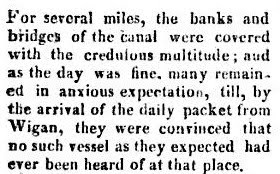 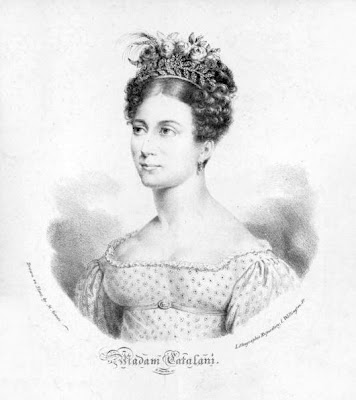 At Sinigaglia, she was educated at the convent of Santa Lucia at Gubbio, where her soprano voice soon became famous.

In 1795 she made her debut on the stage at Venice. For nearly thirty years she sang at all the great houses, receiving very large fees; her first appearance in London being at the Kings Theatre in 1806. She remained in England, a prima donna without a serious rival, for seven years. Then she was given the management of the Opera in Paris, but this resulted in financial failure, due to the incapacity and extravagance of her husband, Captain Valabrégue, whom she married in 1806.

In 1827, she visited Sweden, during which she heard Elisabeth Olin and Brita Catharina Lidbeck sing; during her stay, she was inducted as a member of the Royal Swedish Academy of Arts.

Her continental tours continued to be enormously successful, until she retired in 1828. She settled in Florence in 1830, where she founded a free singing school for girls; and her charity and kindness were unbounded. She died of cholera in Paris.
Catalani's greatest gift was her voice, a soprano of nearly three octaves in range. Its unsurpassed power and flexibility made her one of the greatest bravura singers of all times. She also worked as a singing teacher. Her pupils included Laure Cinti-Damoreau and Fanny Corri-Paltoni

The Royal Menagerie at the Exeter Change, The Strand London was run by Stephen Polito, an Italian ex-patriot from 1810 to 1814, when he died prematurely, at the age of fifty. Visitors could see the animals being fed, and, if they were lucky, hold a live lion cub. 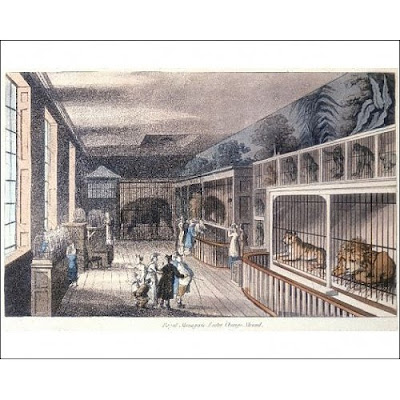 The most famous of the residents was Chunee the elephant. After a visit, Lord Byron wrote in his diary that Chunee 'took and gave me my money again—took off my hat—opened a door—trunked a whip—and behaved so well, that I wish he was my butler.'

Sadly Chunee was killed in 1826, when he went into an elephant rage or 'musth' (a Hindi word for madness) and crushed one of his keepers. Bishopsgate 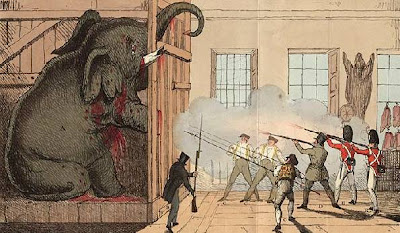 Stephen Polito also operated a travelling circus with the animals spending the winter months at the menagerie. 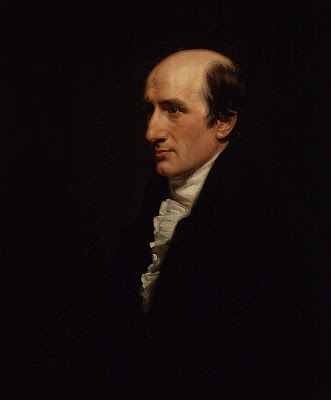 Charles Stanhope, 3rd Earl Stanhope aka Charles Mahon, 3rd Earl Stanhope FRS (3 August 1753 – 15 December 1816) was a British statesman and scientist. He was the father of the great traveller and Arabist Lady Hester Stanhope and brother-in-law of William Pitt the Younger. Read more on Wikipedia

I cannot find any information as to what the "new plan" referred to. 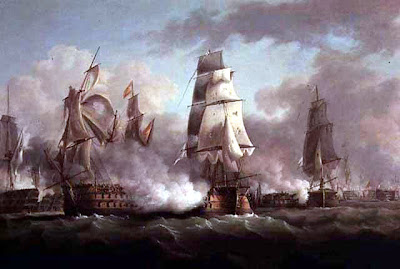 One possibility is the 98 gun warship Neptune. HMS Neptune was a 98-gun second rate ship of the line of the Royal Navy. She served on a number of stations during the French Revolutionary and Napoleonic Wars and was present at the Battle of Trafalgar in 1805. The painting above depicts Neptune engaged at Trafalgar, 1805, by John Francis Sartorius. HMS Neptune, seen in bow profile, exchanges broadsides with the Spanish Santísima Trinidad.
Posted by Keeping Soul Alive at 01:39